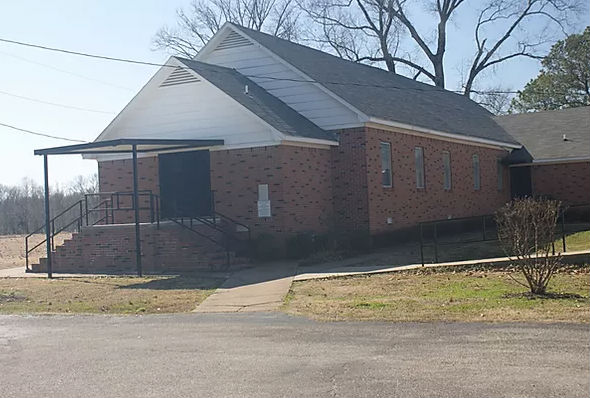 Since 1881, The Lord has brought us every step of the way


In 1881, a group of Christians under the leadership of the late Pastor Ed Hicks organized the Walnut Grove Missionary Baptist Church. Their first place of worship was under a Brush Arbor. Seeing the need for a permanent place to worship, plans were made to erect and edifice.

On the Second Sunday in May of the same year, the first worship service was held in the new edifice.

After forty years of worship and service, the membership out grew the place of worship. Pastor Paul Lawrence Freeman and members knew it was time to build a larger place to worship. The men of the Church and community did much of the work on the new building.

Pastor Freeman  was called to lead the congregation until his death in 1943. Under his leadership, in addition to the new building, the first cemetrary was purchased. After Pastor Freeman's death, the officers recommended a young minister who was a member of the church and the congregation accepted Pastor John H. Poe. He served for five and one half years. Under his leadership the Pastor's Office and Choir Room were added. Following Pastor Poe were Pastors Chism, Grimes and Hoyle. These Pastors gave their Spritual guidance to the entire community. When Pastor Hoyle became ill and could no longer serve, Pastor U.D. Lewis succeeded him in 1955. Under his capable leadership, additions were made to the cfhurch and additional land was purchased for the cemetery. The Mission Convalescent Home was founded and built under his leadership and the church played a large financial part in its construction. Pastor Lewis passed away on October 21, 1972 after a brief illness.

Membership and commitment to the church continued under the dynamic leadership of Pastor Sanders who came to lead the congregation in March 1973. Pastor Sanders was a man with a vision. There was an overall renovation of the church, adding class rooms, a larger sanctuary with new fixtures, baptistry, and Fellowship Hall.

Because emphasis was placed on evangelizing, a church bus was purchased. Sunday School has always been a teching arm of the church. Pastor Sanders saw the need for more teaching and organized the Wednesday Night Bible Class, taught by the Associate Pastor Kevin Bedford. Under Pastor Sanders, the church began full time worship instead of twice a month. Pastor Sanders and the church played a major role in Walking Tall Part I.

Pastor Clarence Williams, Sr. was called to lead the congregation on the fourth Sunday in September 1988 at the young age of twenty-eight. Other than Pastor Freeman, Pastor Williams has led the congregation longer than any other pastor. He is continuing to lead and build on the foundation that was laid by leading the church to greater heights both spiritually and financially. Under his leadership the church is blessed with a new Sanctuary, new Cemetery, Board of Christian Education and Leadership Ministry. The church is affiliated with the Browns Creek District association where Pastor Williams is a past Moderator. The church is also affiliated with the Tennessee Baptist Missionary and Educational Convention where Pastor Williams is a past Moderator.

Being a better church by becoming a spiritually minded church.